Some time ago I blogged about a new hexie project. I have been working on it fairly steadily as an evening in-front-of-the-television project. I finished making all the colored diamond lozenges some time back and have been assembling them into rows. Three of the longest rows in the quilt are completely sewn together; a fourth is in progress. I thought maybe it would be interesting to throw it up on the design wall and take a photo. 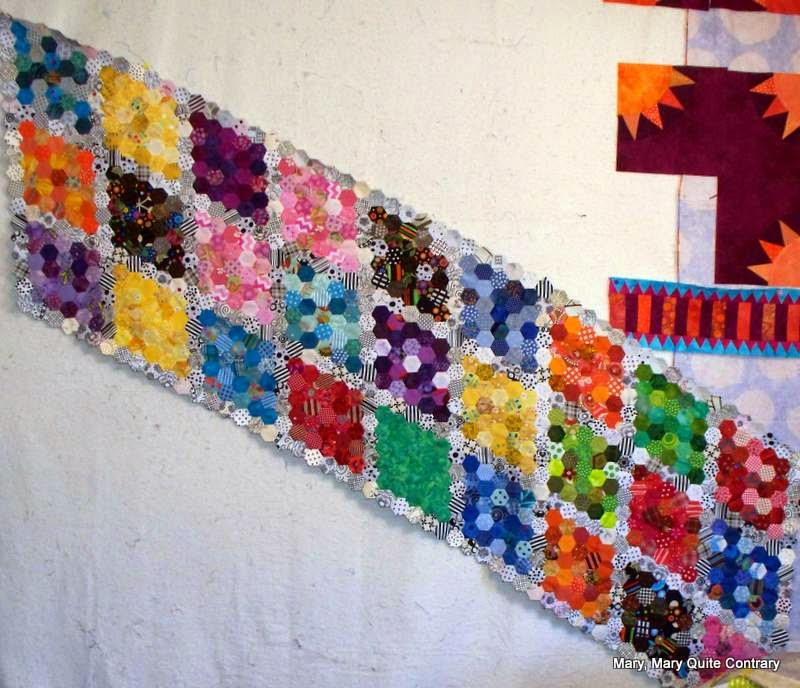 I see I should have done this earlier as there are definitely things I would have moved around. But, it is what it is. Another lesson learned is that the black on white prints used in the sashing would show up better if they were more white than black. but, again, it is what it is. I was using what I had, which is the point of making these things in the first place. Eventually, when the entire rectangular ground of the quilt top is done, there will be a border of white on black (i.e., more black than white) hexies. Maybe two rows if one looks wimpy. 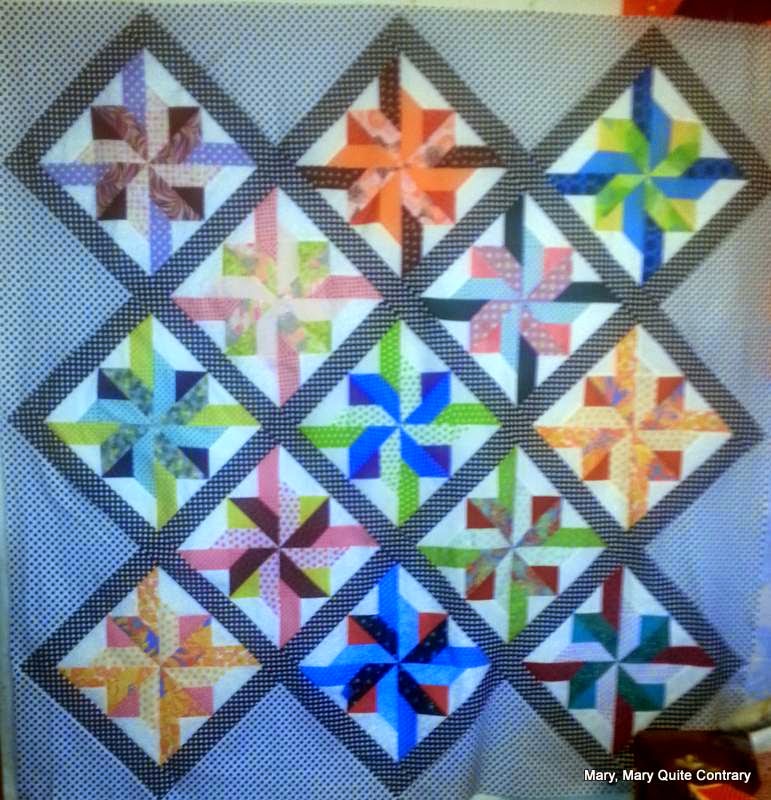 My daughter asked for a quilt to raffle off at her organization's annual benefit dinner. I had these blocks sitting around for two or three years - they are from a local quilt store's BOM. The photo is not the best as it was taken on my phone, uploaded to Dropbox, then downloaded to my computer. My husband says that every time you manipulate a photo this way, you lose quality. The sashing and setting triangles are Dots by Riley Blake. White on black and black on white.They kind of look bluish in the photo. The backing is another dotted print. White coin-sized dots on a black background. My daughter promises that it will be displayed properly - hung up and not folded on a table somewhere. My friends think it should have a minimum price set. What do you think? If they only get $100 or $200 for it, I could just write them a check and be done with it.

It is off to the longarm quilter who said she will work it in with other quilts so that it will be ready by the April 19 benefit raffle. Did I ever mention what a great longarmer I have available?