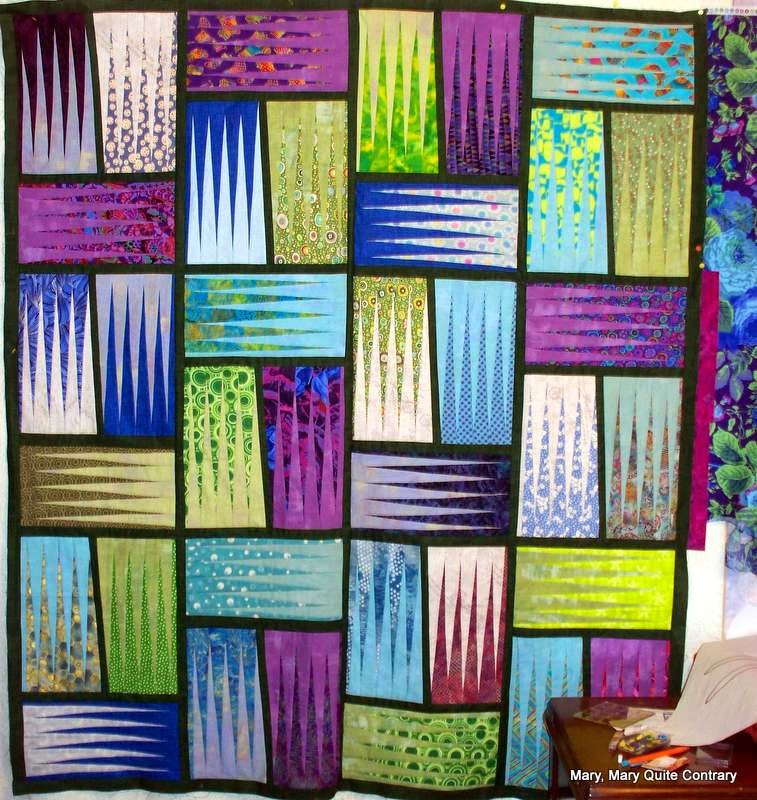 I finished sewing the blocks together on the Stepping Stones project. I have a piece of Kaffe Fassett fabric pinned up on the right that I am thinking of using for the borders. It is for another project, but I think I can get more, or something similar. The magenta strip was pinned up just to see if I want another smallish inner border before the final floral one. That is not the color that will be used. If I decide to make another border, it will probably be the purple that is in several of the blocks in the quilt top. 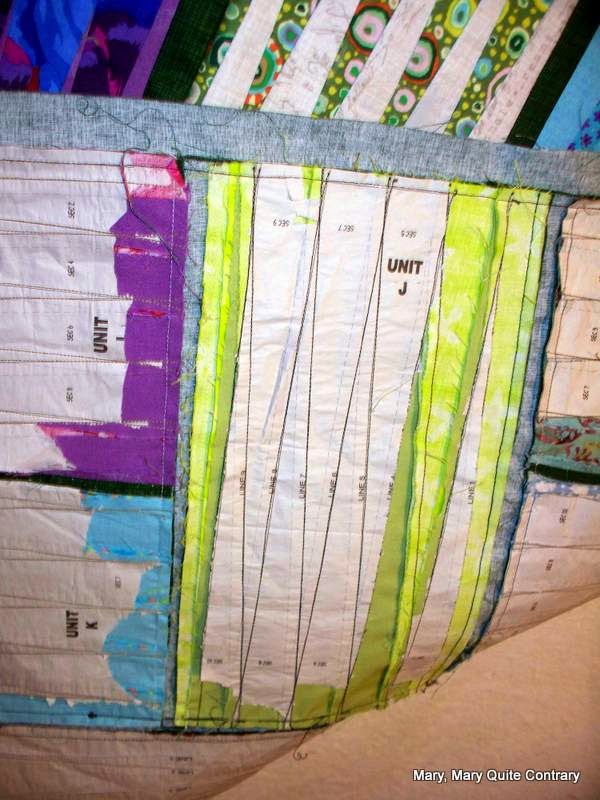 Margaret, this is for you. You wondered at the sharp long points, and here is how it's done. They are paper pieced. As you can see, some of the paper has been removed as the sections were sewn together. No reason to pick out tiny bits from the seams later if it can be helped. That will be a little project to do one of these evening in front of the television. By the way, this is a Judy Niemeyer pattern.
By Mary Ellen at October 04, 2014