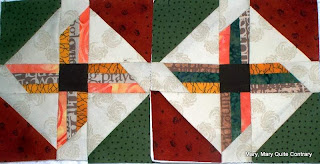 I haven't posted much this week, but that doesn't mean I haven't been busy with quilty things. Our guild meeting was Friday evening and as I am Program Chair, I was busy with  getting through the meeting and taking care of our guest speaker. She was Becky Wright, Civil War Presenter. See her web site here. I had seen Becky's lecture last year at another guild in the area and thought enough of it to engage her for my guild. The house was packed Friday evening and she didn't fail to deliver despite the fact that she was suffering from a cold. She's a trooper, though, and soldiered on. Her talk centered around a Civil War era quilt that she purchased in 1977 at an estate sale. It was sewn by a wounded Civil War veteran during his long recuperation from a grisly wound.

Surprisingly Becky had never had the quilt professionally appraised. I was instrumental in making that happen. One of our guild members is a certified AQS appraiser. I was able to get in touch with her and she came to Becky's workshop this afternoon to do the appraisal. Becky was quite pleased to have the quilt authenticated by someone who really knows her stuff. The appraiser was equally thrilled to have had the opportunity to see such a rare item.

It was also suggested that Becky get in touch with Kansas City Star Publications with the idea of writing a book using the copious research she has on the soldier's quilt. Becky has 14 quilt patterns  published and another on the way, which is a nice book's worth. If this idea does come to fruition I will be the first in line to buy a copy. The two blocks above are from her pattern, "Reap the Whirlwind". I chose to do the paper-pieced miniature and the blocks finish at 5". About half the workshop participants made the full-sized version and the rest of us chose the miniature. I wanted a table topped in fall colors, so this is a bit of a departure from my usual color palette. It needs tweaking, though, and right now there is not time to mess with it. Another project consigned to the time out box for the time being.
By Mary Ellen at November 09, 2013